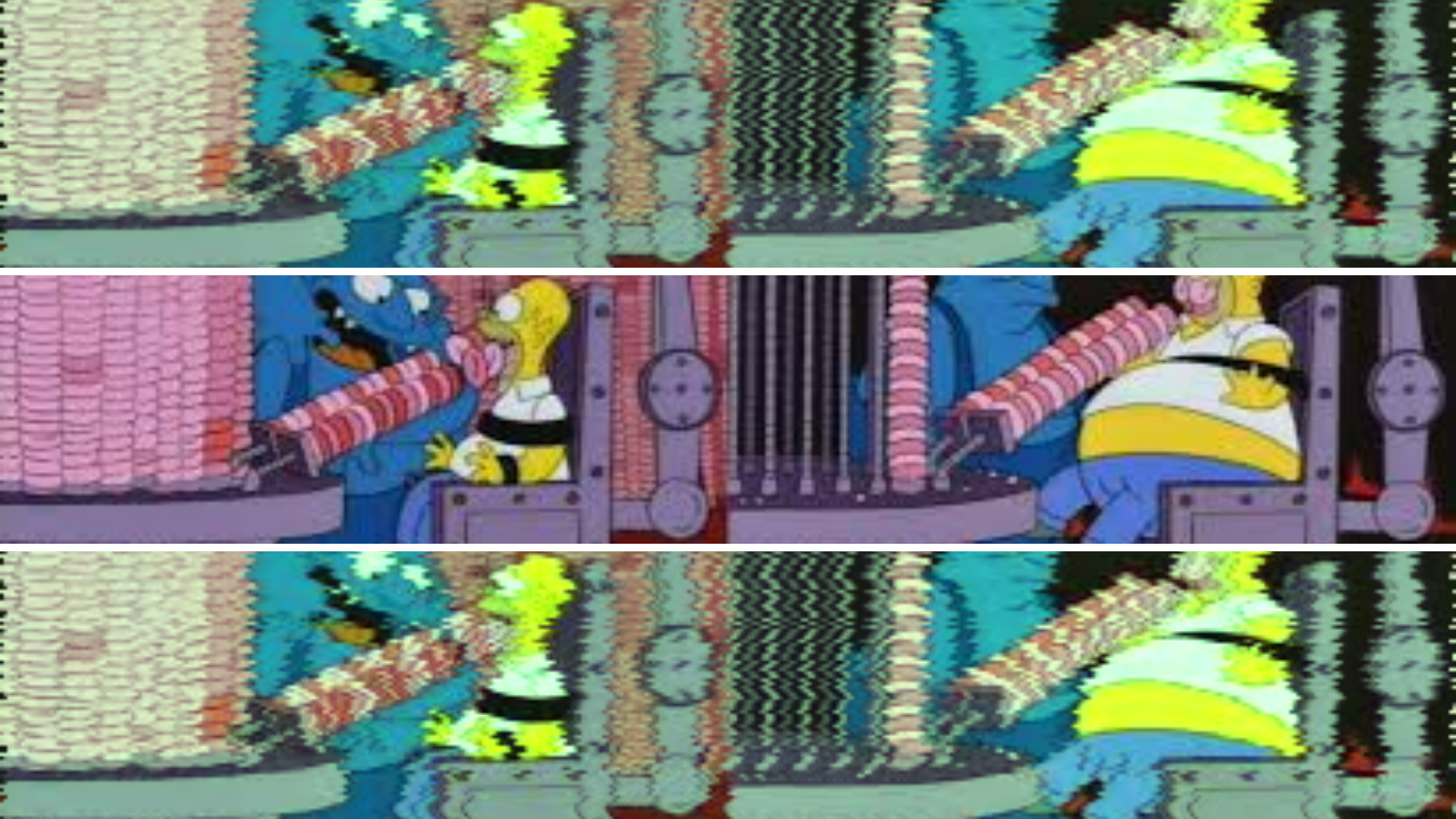 There's an episode of the Simpsons where Homer is banished to Hell. A salaryman demon tries an ironic punishment, force-feeding him donuts as retribution for his gluttony on Earth.

Unfortunately for the demon, Homer is limitless. The constant wave of donuts never becomes a punishment because he always wants more.

This is the same model SEO and recommendation algorithms like to use. Tuned like a spider, the moment they sense the faintest response, they react to push more and more of it. And like Homer, we don't get tired.

We respond, search engines react, and publishers double down to create more. This builds unnatural and unsustainable patterns and bubbles. Just because readers engage with something, does not mean they need an endless supply of the same type, topic, format, or style.

This locked, three-handed struggle between SEO, publishers, and the real world is exemplified perfectly in the ongoing battle between readers and recipes.

Recipes should work perfectly online. They're simple, written information that can be shared quickly and followed easily from the page. But, recipes are often just a short list and few lines of instruction.

Search algorithms understand that we respond well to full, authoritative content. They also want us to register high numbers when it comes to page times. Long pages also fit more ad requests in. Short, quick recipes don't put these kinds of numbers on the board.

For a lot of users, this became a tiresome preamble to the only information they actually cared about. They may end up staying on the page for longer but only because they're hatefully scrolling through to find the actual recipe.

Because these systems are built to deliver more and more of what we like, it creates these unnatural bubbles where nuance is lost and quantity trumps quality. Despite being built on what people wanted, thinking like a machine created a strange and unnatural way of communicating.

Publishers become the demon, donuts are content, the reader is Homer and we're all in Hell.

The backlash started with creators, not search

The backlash started with creators, not search Some people really didn’t like having to cut through this extra context. But rather than question what caused it, they went straight for the creators.

The debate was stirred up further from a surprising source when writer and actress Mindy Kailing tweeted:

"Why do all online recipes have endless pages of the chef's whole life story about the recipe and then on the 12th page is the actual recipe?" I just want the recipe! I don't need the Modern Love essay on how you came up with it! "

A site then emerged that cut out these stories and block adverts. Recipeasly said it wanted to “fix online recipes” by removing adverts and “life stories”.

Despite search and recommendation algorithms thinking we wanted more, the mood of the user was that they didn’t want nor need all of this extraneous information. Many agreed but another side of the argument also emerged.

This created a conflict. Google could push short recipe pages that satisfy readers, or publishers could address the issue themselves and cut back on the story content. The only issue was, Google couldn’t determine if the site was ‘good’ or not and sites couldn’t switch styles without cutting off their audience and revenue.

Creators are playing the cards they've been dealt

Creators are playing the cards they’ve been dealt The battle over short recipes didn’t just expose the absurdity of creating to please algorithms. It spoke of a fundamental gap in the relationship between publishers and their consumers. If I asked a friend for a recipe and they started talking about the backstory of how they came to know, it would be psychotic to demand they skip to the tangible details.

In response to the website that stipped stories and ads from recipe sites, Food writer Kat Kinsman tweeted:

Wait, so you are just stealing content, eliminating context and creator revenue, and diminishing the labor that is the only way these recipes exist in the first place because you have decided the humans behind them are annoying?

The story is there to attract readers, to keep readers coming back. The ads are there in order to pay the people creating the content. This put food bloggers in a difficult spot. Leaner, pared-back content might please the user but it would cost them more users as they fell down search rankings. Not to mention stripping the context, backstory, and heart from their content.


For every voice frustrated with search-optimized content, there was a counterpoint explaining that this is the transaction we've all agreed to.

But, even people creating the content being discussed sympathized with the readers to an extent.

“It's like asking someone for the time and before they give you the time, they will tell you how the watch was made. It's just a matter of people understanding what they're getting. ''

Publishers were pushed into a no-win scenario. Write for search engines, annoy your audience. Write for people, lose your audience because it’s no longer ranked. Write for yourself and potentially lose them both.

Getting what you want is a slippery slope

Getting what you want is a slippery slope This debate demonstrates how unsustainable creating for an algorithm first can be. What people want is rarely the best course of action. It’s not natural or healthy to unlock a constant stream of things you want, designed to more accurately respond to your wants as it goes. Comfort and expectation blind the eye of exploration. 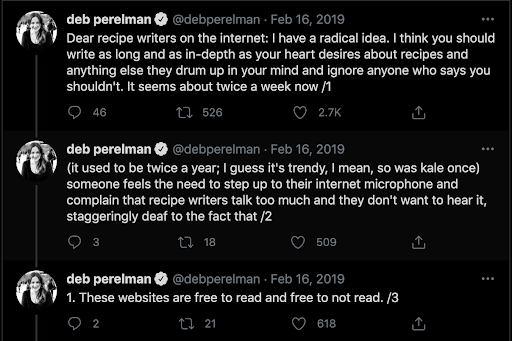 For a richer, creative, and unique internet, we should be able to put up with some minor inconveniences. We should look internally for what we want and rely less on feeds and recommendation algorithms for instant gratification.

Let people explore and create content with nuance and backstory. Be less demanding in faceless transactions and understand how to recognize and reward valuable content. Allow publishers to monetize sustainably or see the forest thin to a few monoliths. Give publishers the foundation to not have to live and die by a single source of readers such as social or organic traffic so they don’t have to change their message to fit the program.

Eradicating substance and story will lead to a generation of publishers that create to please recommendation algorithms, force-feeding us the same donuts for eternity.