Tech and Telcos: Before the War 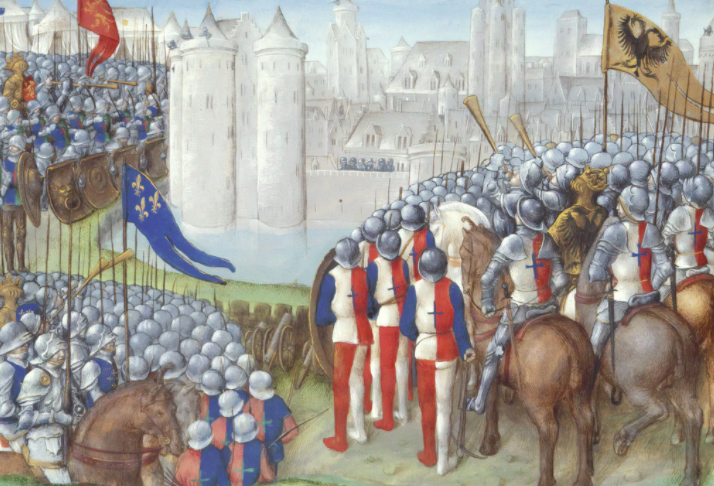 Part One of Four For decades there’s been peaceful coexistence between a venerable market force and a bold upstart—telecommunications and technology—as both sides enjoyed infrastructural synergy and satisfying profits for all. But now war clouds are gathering on the horizon, and the clash ahead will surely leave some combatants bent and bloodied. Why can tech and telecom no longer share peace and prosperity? How did this crisis become unavertable? On the brink of battle, this first in a series of four posts looks back, in hopes of casting some light on what’s to come.

Tech Has Been Good to Telecom

At its core the telecom industry is a massive infrastructure, a physical network of landlines carrying calls and transmitting data to homes and businesses. As the demand for greater bandwidth grew, telcos were pushed into costly upgrades like bolstering old copper lines with fiber optics and building out digital subscriber lines (DSL). The capital investment is staggering: U.S. companies have invested $1.1 trillion since 1996. With high fixed costs, winning new customers is everything; more customers equals higher profits. So how could tech companies be anything less than a telco’s dream? When technology providers first showed up, they shared the carriers’ “twin goals”—more connections, more users—and the two industries embarked on “a cooperative undertaking.”

This synergy was good indeed for the telecom industry. As the Internet took hold at every office, school, and kitchen table, profits soared. Analyst Craig Moffet raised many an eyebrow when he called Time Warner Cable and Comcast “almost comically profitable” in 2013, with a 97 percent margin on their services. There’s nothing laughable about Verizon’s $203 billion market value (a 2015 estimate) and $127 billion in sales (it’s the largest U.S. telco), nor AT&T’s $173 billion value (second largest). Without a doubt, tech customers helped them rack up many of those dollars.

Technology companies like Microsoft, Apple, Google, and Facebook were well-served by this symbiosis themselves, of course. With no network infrastructure of their own, they hitched a ride on telecom’s deep investment in lines and pipes and held on tight, all the way through boom years of incredible growth and the birth of innovative strategies for monetization. From this mutual dependency, a comfortable ecosystem flourished. In the quest for profits, nothing has been kinder to telcos and techs alike than the remarkable popularity of mobile phones and the ascendance of mobile advertising.

This year will see more than two billion consumers using mobile devices, eMarketer predicts, and $101.37 billion spent on mobile ads. Mobile ad spending is expected to almost double between 2016 and 2019 when it will hit $195.55 billion and represent more than one-quarter of all worldwide media ad spending.

Thanks in part to the mobile surge, the era of amicable cooperation is over. Things have changed. Tech giants like Google are sitting on heaps of money, savoring almost unimaginable power, while telcos have settled into complacency, watching expenditures rise and revenues stagnate. Things will change again, though. In a new digital world, the upstarts won’t be stopped in their drive for supremacy, and the elders won’t go quietly. This means war.

Next time: Tech Sneaks up on Telecom